Putin’s wake-up call: Three lessons for an awakening in politics, business and society

It seems that the early 20s are intent on putting us in our place: pandemic, flood, war in Europe. We are being hit so hard because we as a society have refused to prepare for these challenges. That needs to change – in three steps.

1. More imagination for the decade of borderline experiences

Walt Disney coined the guiding principle “If you can dream it, you can do it.” Conversely, that means: What we can’t imagine, we can’t do. The phenomenon of not being able to form images in the mind is called aphantasia. Perhaps this is what is causing our current powerlessness. Have we lost the ability to imagine the future?

With our minds dulled by wealth, it has been too long since we imagined having to take charge of our own freedom. We’ve just had it too good. Cradled in security by booming economic exports, we happily engaged in trade with everyone in the world.

Our lack of preparation for threatening crises is a result of our half-hearted management of the future.

None other than the Russian intellectual and writer Leo Tolstoi said “Happiness is when imagination and reality meet.”

To pursue our own happiness, we must re-learn to use our imagination. But of course, not for reading crystal balls and predicting unforeseeable events, but by systematically dealing with (future) scenarios. We don’t always have to assume the worst case. Scenarios live on probability, not pessimism. Rather, it’s about getting back to what’s possible in the first place. Rather, the point is to begin thinking in terms of possibilities again. We in Europe must develop our own grand ideas for the future again so we can shape it actively, instead of just reacting to Silicon Valley and China all the time. In this way of thinking, visions are by no means a reason to see a doctor. They are a necessary tool for protecting our own freedom.

2. The new reality demands a clear positioning of politics, business and all of us

The war is putting an end to our hesitation. The political procrastination of the European governments in this crisis is a logical extension of the reticence of the early 2000s and 2010s. The habit of waiting out conflicts, which culminates in the German creation of the verb “to merkel”, ends now. No more hesitation in adapting new technologies, no more timid resistance to China’s stealing of technology and suppression of minorities, no more halting reduction of bureaucracy, dawdling digitization of governments and companies, enough with the faltering, inconsistent battle against climate change. And last but not least: no more half-hearted dealing with dictators.

We didn’t want to challenge ourselves too much. But that in itself was the challenge.

Displaying a clear attitude is not just important for our political decision makers. Now it is time for each of us to find their role in a new world and business order created by Putin. We should develop a stronger will to take a stand in all aspects of society. Each one of us needs more courage to take a position. I am thinking of all organisations with Russian investors or clients. The metaphor of the one-eyed man among the blind lends itself once again in this context. Instead, we are practicing serenity à la Scholz.

How consistently will these organisations now stand their ground? I am thinking of the inner workings of our corporations, where sometimes those who keep a low profile are the ones who achieve the most. Let’s finally break up this culture. Let us finally break down this culture by allowing the people and organisations around us to clearly state their principles – in meetings, at home at the dinner table, in the social media. To do that, we don’t need a cancel culture, but a culture of tolerance for those willing to take a stand. If we want people and companies with an attitude, we must be able to tolerate differing opinions and cannot penalize them in the social media.

A clear positioning is probably also the only solution to this crisis. I mean the positioning of the new economic superpower China. To date, the People’s Republic has been very reticent in its statements and duped the western world with its abstention in the UN security council. As long as the People’s Republic has Putin’s back politically and economically, we can’t expect the former KGB agent to acquiesce. Only President Xi turning his back on Wladimir Putin could induce him to do so.

3. Europe now has the chance of the century to return to a common identity

Eight years ago, in 2014, I published a guest contribution in the “Handelsblatt” that contains a building plan for making Europe relevant to its citizens again. The article was titled „Superbrand Europa – wie aus der Vernunftunion eine starke Marke werden könnte“ (How the union of reason could become a strong brand). Unfortunately, this utopian idea didn’t materialise. The union of debt did not turn into a strong brand. The last ten years have been a drama for Europe. The last ten years have been a drama for Europe. Weakened by Brexit, failed refugee policies and increasing irrelevance in terms of foreign policy, the EU stumbled back into its corner like a battered boxer and watched the stars of the European flag circling above its head.

The principles for turning Europe into a favourite project are still the right ones: shared values, a clear raison d’être and real role models.

Eight years later, these building blocks for a strong identity are still the ingredients for solving many of Europe’s problems. Only one major factor has unfortunately changed: Now there is a common threat. Are we seeing the new awakening of the European project? Initial signs are showing up on the horizon. All member states of the EU agreed ad hoc to accept refugees from Ukraine. The German Federal Government announced its intention to invest 100 billion Euro into sprucing up its military to enable it to provide at least basic defence. And despite the looming boomerang effect for the German economy, hard sanctions were imposed against the Russian government, above all the exclusion from the SWIFT payment system. Is the threat from the outside our chance at finding Europe’s common identity again? 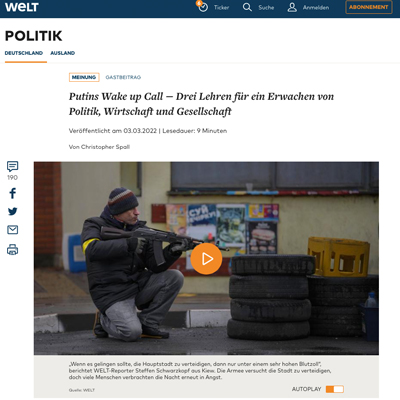 Over the past few days, there was a lot of talk about a turning point, a change in the times, or a bit more trendy, a “new normal”. Personally, I first heard the term in 2008 in the financial industry, when after the bankruptcy of Lehmann Brothers suddenly everyone talked about “the new normal”. Interestingly, the phrase goes all the way back to 1966, when the author Robert Heinlein used it in his novel “The Moon and the harsh mistress”, which describes the transition to a new calendar.

Since then, the term has been applied to everything that’s new and unexpected, most recently for the new normality after Covid-19. Now we are facing another new normal. A normality where polarisation and spheres of influence are on the economic and global political agenda. A normality where freedom in Europe is no longer to be taken for granted.

What makes the term “the new normal” different from other contemporary buzzwords like VUCA (volatility, uncertainty, complexity and ambiguity) is that the new normality is not defined. What is normal anyway? Perhaps the new normal is especially interesting because its story simply hasn’t been written. We are de facto involved in defining the new normality. Three things can help us do this:

1. The clear positioning of companies, states and individuals on socially relevant issues
2. The development and defence of a shared European DNA
3. Imagination in preparing for the possible future

Even if we can’t imagine it: Security is and remains an illusion. That’s why it is time to awaken. Because only one thing is certain: The future has not yet been written.

Read the article on welt.de

Immerse yourself in our inspirational lectures

Immerse yourself in ID Company Brand 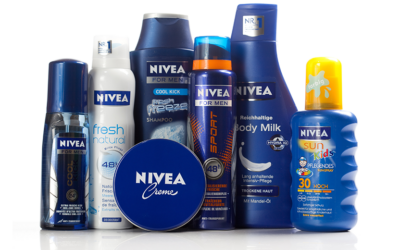 Brand retreat for NIVEA: How a detox treatment brings more focus during growth

The brand NIVEA is withstanding the economic challenges of our time. We took a closer look at their brand management for Handelsblatt magazine. 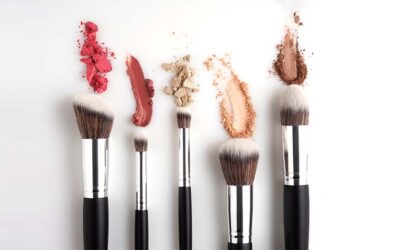 Why cosmetics brands rely on personalization

Christopher Spall explains in an interview with Handelsblatt what opportunities this opens up for consumers.